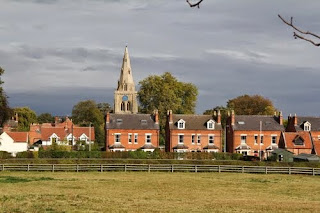 In Bingham, there are 3,889 properties. However, after we remove the 444 council houses, 414 privately rented houses and 22 houses where the occupants live rent free, that leaves us with 3,009 owned properties (be that 100% outright, with a mortgage or shared ownership). This means 77.4% of the properties in Bingham are occupied by the owner (the national average is interestingly 64.2%) but the number of people who have sold and moved house in Bingham, over the last 12 months, has only been 196. This means on these figures, the homeowners of Bingham are only moving on average every 15.35 years.

These are the reasons. Firstly, the cost of moving house has risen over the last twenty years. Secondly, with many remortgaging their properties in the mid 2000’s before the price crash of 2008, there is a reluctance or inability in a small minority of homeowners to finance a home sale/purchase, due to lack of equity. These are both factors driving fewer moves by existing homeowners.

However, the big effect has been the change in house price inflation. Back in the 1970s and 1980s, house prices were doubling every 5 to 7 years. Even in Greater London, with its stratospheric property price increases over the last few years, it has taken 13 years (August 2002 to be exact) for property values to double to today’s levels.

This change to a relatively low inflation Bingham property market (i.e. Bingham property values not rising quickly) is significant because the long term consequences of sustained low house price growth is that it eats into mortgage debt more slowly than when property price inflation is higher. Bingham homeowners cannot rely on inflation to shrink their debt in real terms as much as they did in say the 1970s and 1980s.

So what does this all mean for Bingham buy to let landlords? Well for the same reasons existing Bingham homeowners aren’t moving, less ‘twenty somethings’ are buying their first home as well. Bingham youngsters may aspire to own their own home, but without the social pressure from their peers and parents to buy their first property as soon people reach their early 20s, the memory of the 2008 housing crisis and the belief the hard times either aren't over or the worst is yet to come, current and would-be homeowners are warming to the idea of renting.

I also believe UK society has changed, with the youngsters wanting prosperity and happiness; but wanting it all now... instantly... today... without the sacrifice, work and patience that these things take. As a society, we expect things instantly, and if it doesn’t come easy, doesn’t come quick, some youngsters ask if it is really worth the effort to save for the deposit? Why go without holidays, the newest iPhone, socialising four times a week and the fancy satellite package for a couple of years, to save for that 5% deposit if there is no longer a social stigma in renting or pressure to buy as there was... say... a generation ago?

Even though, in real terms, property prices are 5% cheaper than they were ten years ago (when adjusted by inflation), 10.6% of Bingham properties are privately rented (nearly double it was twenty years ago). As a result, the demand for rental properties continues to grow from tenants, meaning those wishing to invest in the buy to let market, over the long term, might be on to a good thing?

For advice and opinion on the Bingham Buy To let property market please feel free to pop into our office on the Market Place.

Posted by Charlotte Baker at 12:35 PM