Property Values rise by 0.4% in Bingham 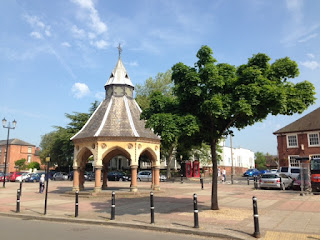 Property values in Bingham rose by 0.4% in March. This follows several months of sluggish activity in the Bingham property market in the run up to the Election, putting the average price of a property in Bingham at £207,900, 3.8% higher than in March 2014.

Interestingly, the Council of Mortgage Lenders and Estate Agent trade bodies over the last few months have reported seeing a fall in mortgage lending and enquiries from prospective homebuyers. This is important because it comes amid an overall fall in housing market activity in Bingham. Data from the Land Registry said completed house sales in Bingham in the three months to January 2015, (the most up-to-date figures available) fell by 19% compared to the same three month period up to January 2014.

As I have said many times before, the population in Bingham is growing at a much higher rate than the number of properties being built. This increasing demand for a roof over people’s head, which is outpacing the supply of new houses being built in Bingham. This is creating a severe imbalance in the Bingham (in fact the whole of UK’s) housing market, thus making homeownership an ever increasingly distant dream for many of Bingham’s potential first time buyers.

In fact, I still maintain the view that house prices are likely to rise by around 3 to 5% in Bingham in 2015, even after taking into account this blip at start of the year. The reason being is that the rise reflects both strong economic conditions and steady market conditions with (and this is the most important factor) very low numbers of properties on the market.

Many Buy to Let landlords know that investing in the Bingham property market is a long-term strategy of 10, 20 even 30 years. Governments come and go, but unless Rushcliffe Borough Council start to build hundreds of new properties a year to make up for the shocking lack of supply, Bingham people will always want a roof over their head,  irrespective of which party is in power. If there aren’t any council houses and they can’t (or are unable to buy), a demand for rental properties will always remain.

As my existing Bingham landlord clients will testify, whether you manage your property yourself, or another Bingham agent manages your properties, everyone is always made to feel welcome when they pop in for a coffee at our offices in Bingham to discuss anything to do with the Bingham property market, how Bingham compares with its closest rival towns. I don’t do hard sell, I will just give you my honest and straight talking opinion. However, if you are too busy to pop into town, you could always give me a call on 01949 714101 for advice on the Bingham Property market.

Posted by Charlotte Baker at 3:03 PM