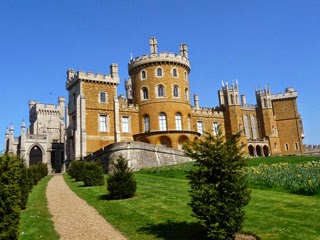 Ok, a slight turn of phrase there on the classic, an Englishman’s home is his castle but when it comes to the UK  the ‘Brit’s are still a nation of homeowners‘ (although wasn’t it Napoleon who thought we were all shop keepers!). It  is interesting to note that up until the mid to late 1960’s, more people rented their home (albeit mostly from the local council) than owned their own. In fact, I was surprised to read that in 1921, over 75% of homes in England and Wales were privately rented with the remaining 25% being owner occupied.

It was only after the Second World War, when the Beatles were rocking, that people started to buy instead of rent .. but instead of owning our property outright, we borrowed money from banks and building societies to buy them.  The roots of the growth of the private rental sector can be drawn back to the late 1970’s early 1980’s, when the council houses began to be sold off under the right to buy scheme.

With stagnation in the number of people who own their home in Bingham and no more council houses being built, this is increasing the number of people looking to renting, as everyone needs a roof over their head. With the council house waiting list in Bingham being in the 5 to 10 year range for a decent property in a decent location, it shouldn’t be forgotten that it is Bingham landlords who house tenants waiting for a council house. Bingham landlords do not receive any subsidies from HMRC and income tax is paid on rent paid by the tenant combined these reduce the cost on the tax payer.

However, it’s not all doom and gloom in Bingham, as we have noticed more and more of the younger generation are renting because they can‘t afford to buy (raising a deposit being the sticking point for most), and a high percentage of the expansion in private renting actually from those who need and want temporary accommodation. There are  landlords who rent their own Bingham property out for the short term, for ease, and not necessarily purely for profit.

Therefore, with every report stating the rental market will continue to grow throughout the rest of this decade, with high demand and limited supply in the Bingham, if you are considering buying a property for investment in the near future in Bingham, I am always happy to give you my considered opinion on which property to buy (or not as the case may be) to give you what you want from your investment. If you are a landlord, new or old, I am certainly more than happy for you to pick up the phone or visit our office 18 market Place, Bingham.
Posted by Charlotte Baker at 10:44 AM